I am looking for some advice on a possible conversion. I would like to model the Williams FW15C of Alan Prost in 1993 in 1/20. I know there is a Studio27 resin kit of this - but this is long out of production and now prohibitively expensive. I am trying to assess whether it is possible to convert either the Fujimi FW14B or Fujimi FW16 into the FW15C. Both of these kits are readily available in the UK.

Does anyone have any information and/or advice on with approach would be best and what changes would be required?

Thanks for your help...

I definitely think the FW16 would be the way to go, it's been discussed on the here before I think. Rear wing would maybe need the lower plane from a different car, to get rid of the dihedral from the FW16 but I think the rest of the conversion wouldn't be to tricky. As ever, decals are the stumbling block to me but if you can source them then it's ok.
Top

If you want to convert it out of the suggestions you gave i'd pick the fw16 as it already has the correct wheels (the 1992 car had wider wheels). Very interesting project tho!

Edit i have the fw15c (s27) if you want i can scan the decals from it, maybe that will make it a little easier.
Top

I would also think that the FW16 is a better starting kit for a FW15C than the FW14B, although you might need to use bits of both!

The FW14B and FW15C had an identical wheelbase whereas the FW16's is an inch larger - not terribly significant at 1/20 scale. The sidepods of the FW15C and FW16 are very similar, with an undercut, which the FW14B doesn't share. That for me would be a good reason to start with an FW16 as that would require serious surgery on an FW14B!
The other key points of difference are;
The front wing - the FW15C's wing is closer in concept to the FW14B and has vortices generators like the FW14B, which I think were banned for 1994.
The airbox opening - again the opening on the FW15C ic more in line with that of the FW14B, with a more vertical opening that juts out from the lower headrest section, the FW16's is slanted at an angle back to the headrest.
Rear wing - as mentioned in the earlier post, the second tier wing flap on the FW16 is sharpely anhedral, whereas the FW15C's is much less pronounced.
Decals - probably the most irritating difference as there is quite a lot of overlap of sponsors between the FW14B and FW15C, whereas there was a significant changing of the guard for the FW16! 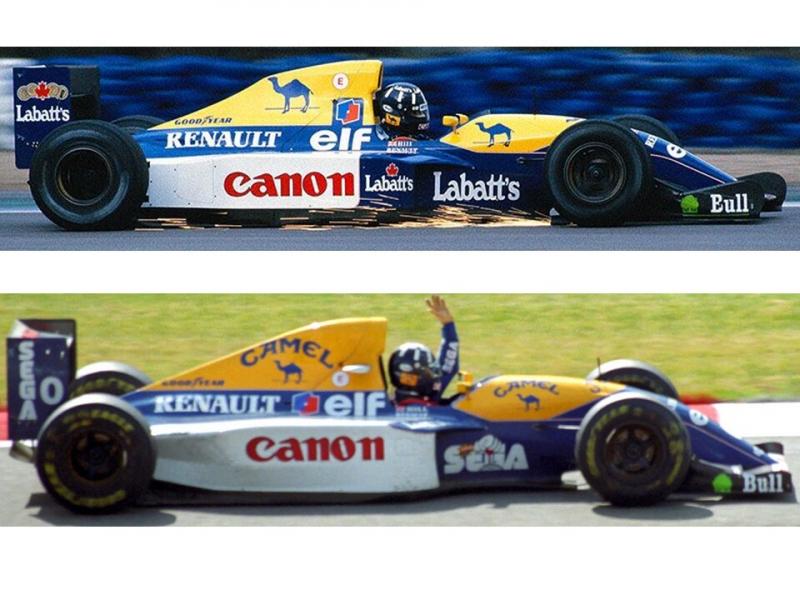 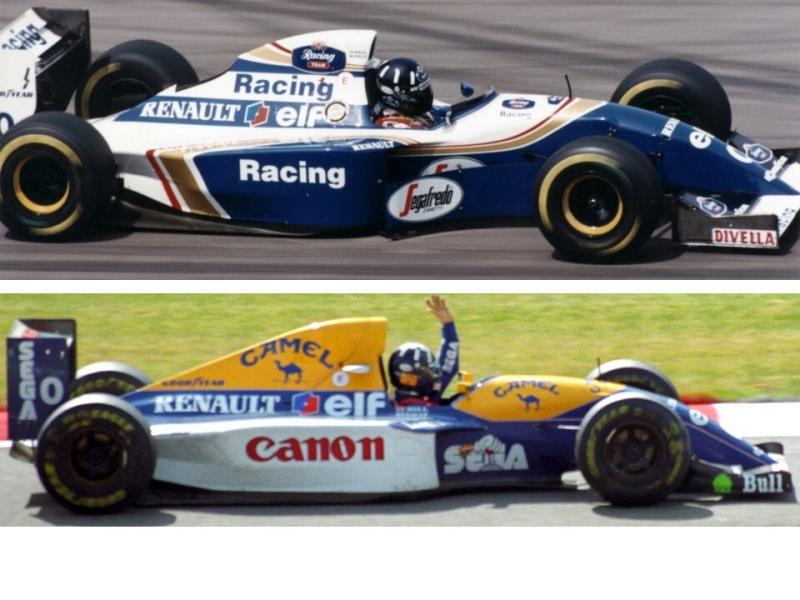 In your position, I’ll take the FW16, the sidepods are higher than the FW15 but the bottom area is quite similar compare the FW14, anyway a bit of work is always require to be close as possible.
the wheels are ok comparing the new 1993 rules, the extractor is closer as well, but the top of the back cover is much more like the FW14.

Not sure to be very helpful…

The other consideration is the tyre size, FW14B has wide rears whilst the FW16 is on the same spec as FW15. Think wing heights and possibly track width changed from 1992 to 1993. James B will give us good info on this I'm sure.
Top

I think the best is to take the fw16 as the base kit, closest in my opinion. Some changes to the wings and rear bodywork. Also keep in mind that the fw15 uses different rear upper wishbone (normal triange) while the fw16 has a different set up, more a wing shaped part, also a bit lower, near center of wheel.

The question of an FW15C conversion is something I thought about many, MANY times since 1993. Eventually, after many years I bit the Bullet

but the idea of a full plastic conversion is something I still mentally toy with.

transferable, so some front 1993 spec front (upper & lower) wishbones are also required, possibly from a Lotus 107, Mclaren MP4/8 or Fujimi FW16 (if anyone has any

spare I'd happily make you an offer).

The Decals for a '93 spec FW15C would be difficult, I don't really have any advice to offer on this particular problem.

The OZ Wheel Rims & '93 spec Tyres would be another problem although MFH produce some beautiful '93 spec Wet Tyres so that's always a possibility.
Top
Post Reply
10 posts • Page 1 of 1