Whatever its called these days... US open wheel racing.
Post Reply
15 posts

It's a typical 80s Indycar kit, maybe the AMT ones are a bit better, but they are similar to build. The frontal sidepod covers are theoretically removable, but they are only put on so loosely, that would not work. I initially tried to attach them with some rivets, but that didn't work, so I had to cover a drill hole with a rivethead and glue the parts on. The placement of some small scrutineering decals was not clear as instructions and the few (2?) photos I could find were not in agreement.
Painted with TS26 and an eyeballed mix of TS55 and 23, decals from Indycals, and I added the usual wires and seatbelts.

The next project could take a bit longer (unless I decide to do a side project at the same time) as it will be the annual Martini car, but this time in 1/12... 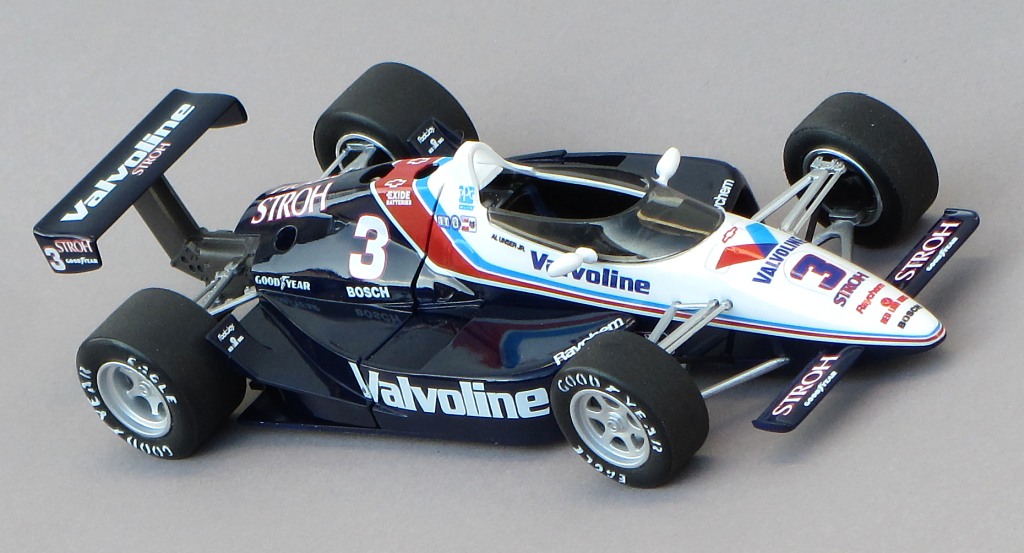 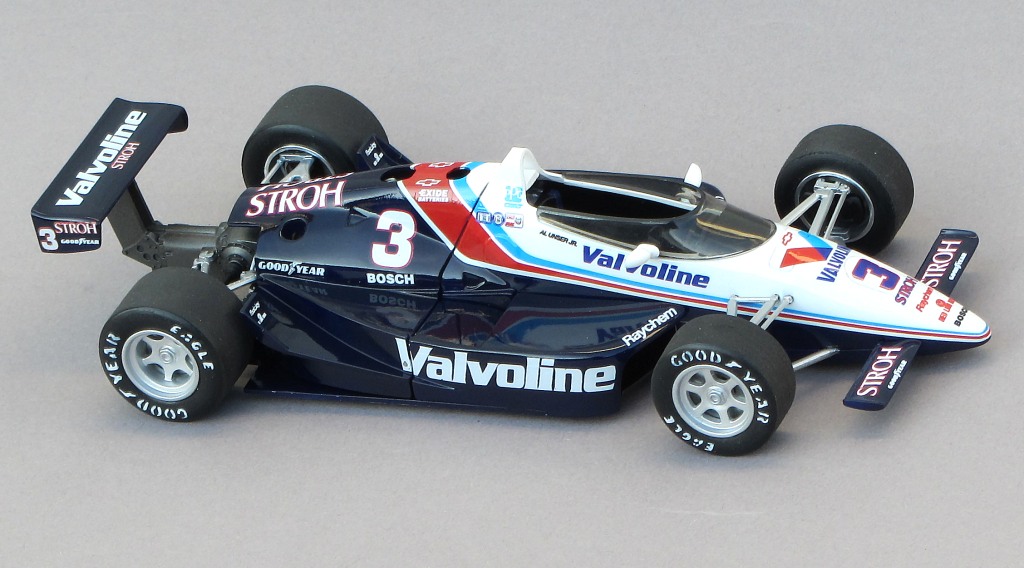 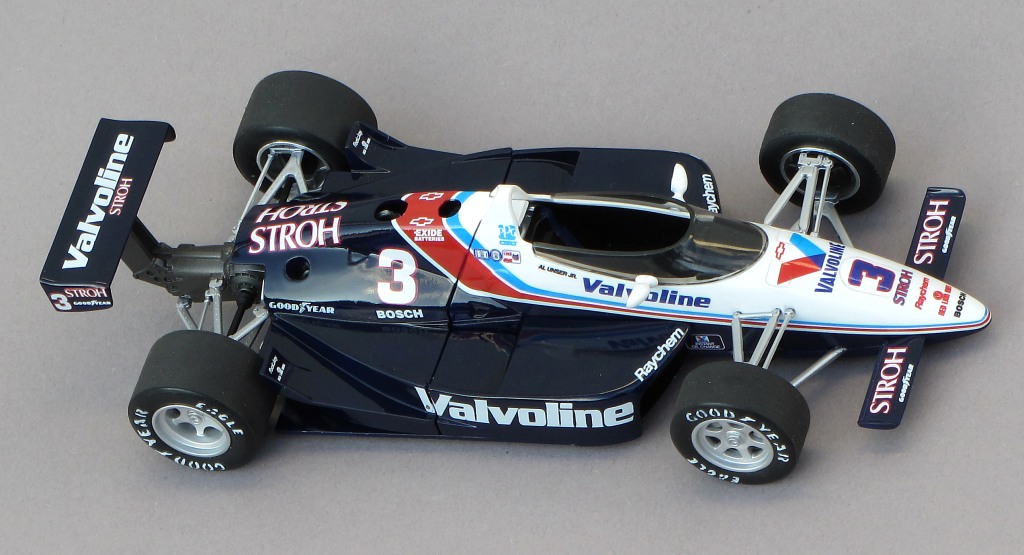 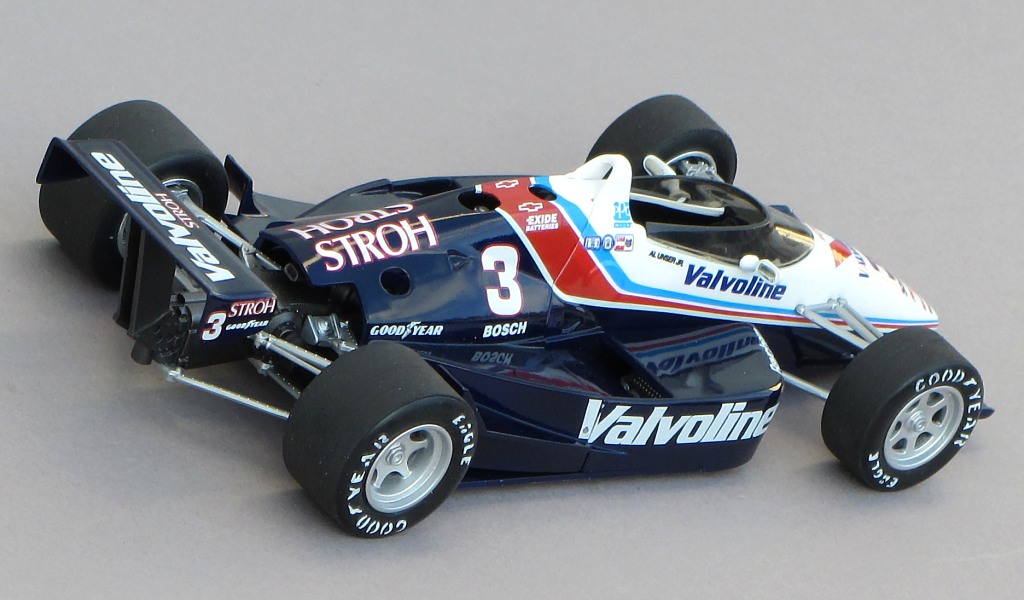 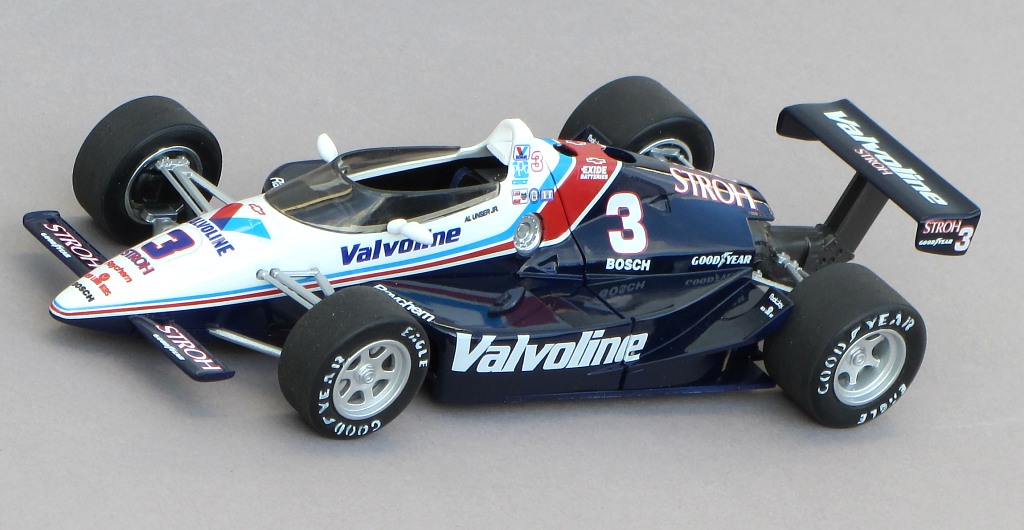 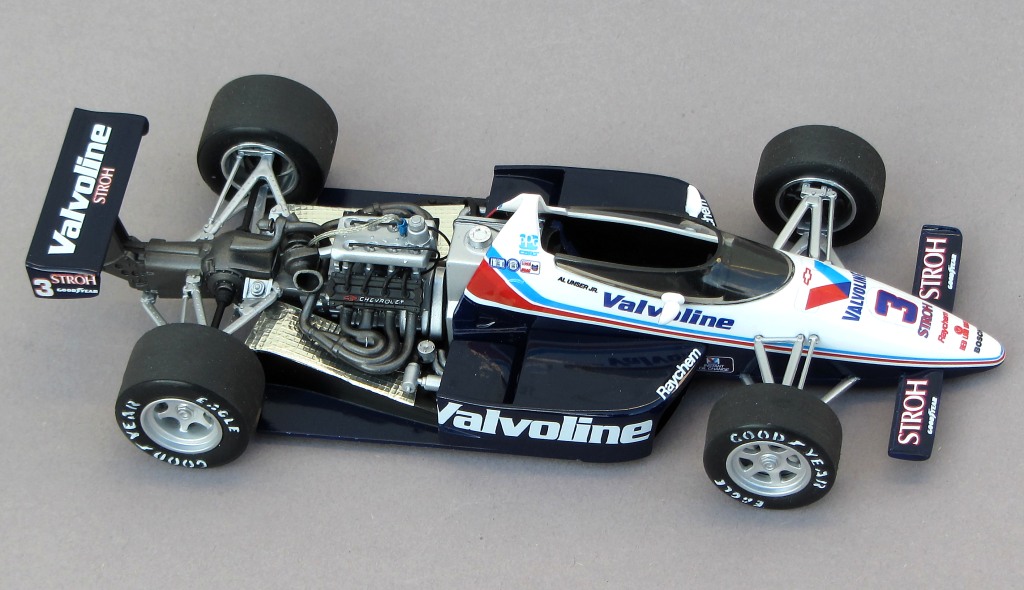 I have always passed over the Indy car models I’ve seen for sale but with each build posted on the forum it has me reevaluating that.
Top

Marco looks great as these monogram kits really lack the detail that you really did the job nicely! Thanks for sharing an Indy car build.

Let me ask. How did you attach the windscreen without a hint of adhesive on the cowling?
Top

I remember making that same kit back in the day but nowhere near to this level. Beautiful build of a pretty basic kit. The Valvoline livery has always been a favourite of mine. Top work!
Top

You have done a great job on a basic kit. It looks beautiful!

Both Monogram and AMT had a couple of these CART cars, the former in 1/24 and the latter at 1/25. Both brands have flaws in the kits. However, as you have demonstrated, they can be built into very nice models.

When you compare these CART cars to F1 cars of that era, they are quite a bit bigger.
C K
Canada
Top

Nic3 build Marco, I have always enjoyed doing these. I have never tried the Monogram as yet, yours certainly convinces me to do so.
Cheers,
Shayne
http://motorsportmodeller.blogspot.com.au/
Top

Hi Marco. You have really turned an ordinary kit into a gem. Like others who have commented already, I built this 30 years ago and it is basic and a bit generic in its details. It still has a place in my cabinet, and the sidepods are still held in place by little pieces of blue tack

. The kit has issues, but you delivered as always

How did you attach the windscreen without a hint of adhesive on the cowling?

Beautiful. Wish there was a Galmer floating around somewhere. That car with this livery was stunning
Top