as some of you might know I had been in contact with the decal manufacture Vector-Magic-decals in the past and this company released a decalsheet for the Lotus 102B based on my research results.
They have now released a new decalsheet for the 1/20 Tamiya McLaren M23 which includes some stuff I haven't seen on any other sheet yet.

On the picture bellow from their website I could identify these decals: 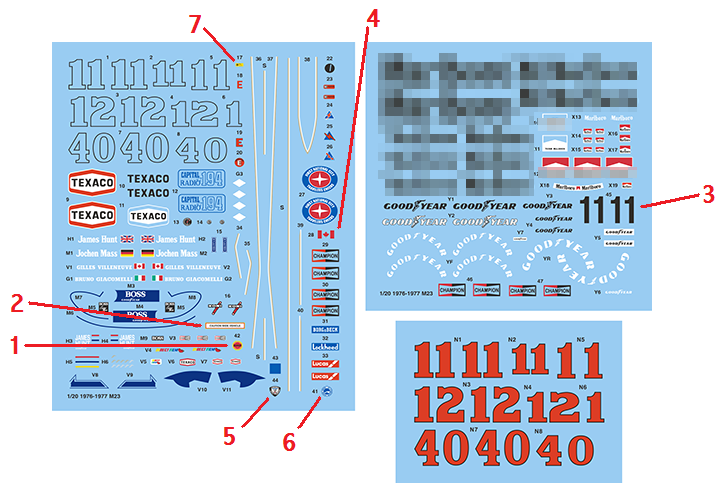 I suppose there is more stuff included which I couldn't identify on this tiny picture.
So if you want to build your M23 in a particular race version, this set might be a help to get a bit closer to perfection.

Return to “Tips and Hints”