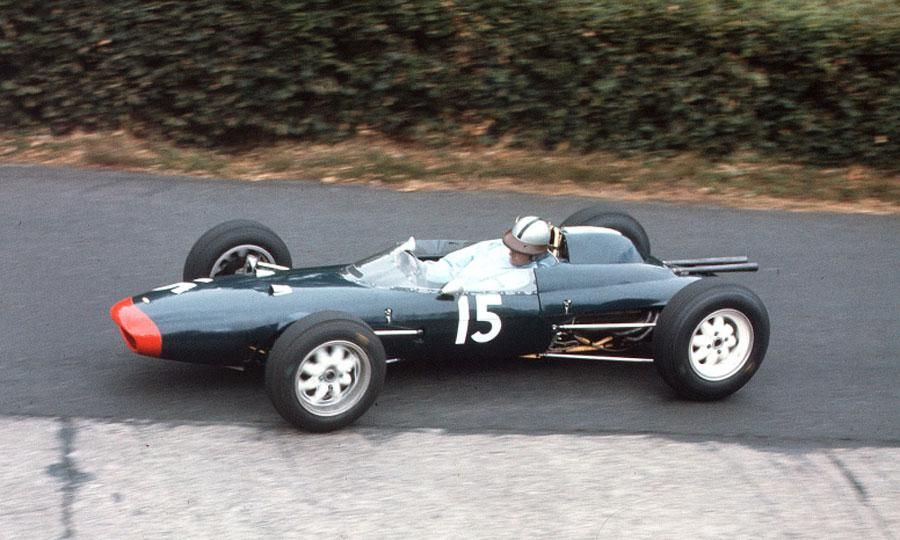 Here's my latest project. It's John Surtees' 1962 Lola Mk4. The Mk4 was Lola's first Formula 1 design, and was a fairly decent car in the hands of the future world champion. Surtees took a pair of 2nd place finishes on his way to 4th in the championship, and won two non-championship races as well. However, the car had chassis flex and reliability issues that kept it from being truly competitive.

The build will start with a terrible UPC kit consisting of 19 parts. I'm classifying this as a scratchbuild, as the only parts that will be kept are the body halves and the windscreen. I have modified the body extensively, and will pull together a suspension, gearbox, exhaust, interior, brakes, and tires. 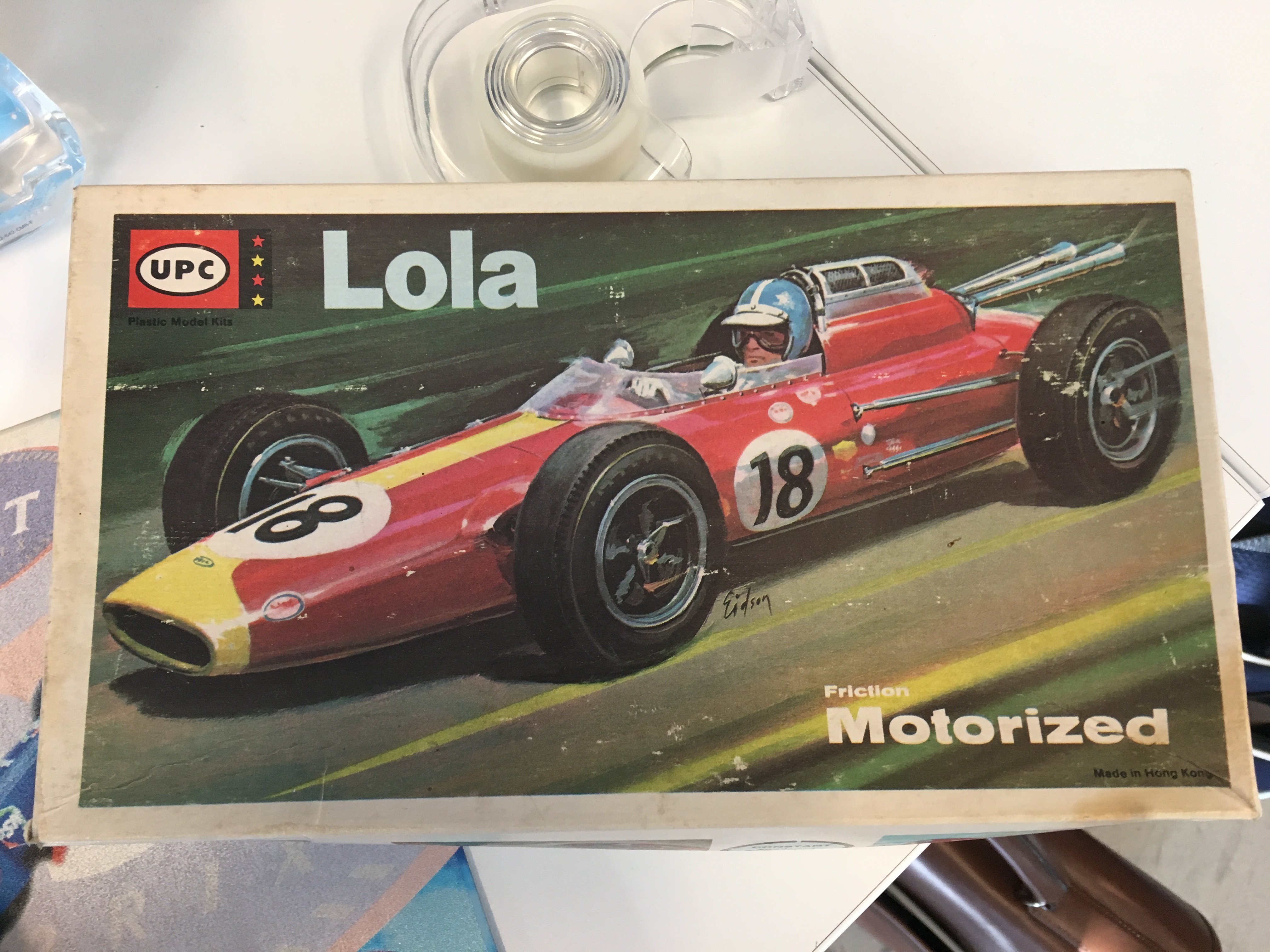 Here's the box - lovely box art! Somewhere I have a photo of the internals and will share. 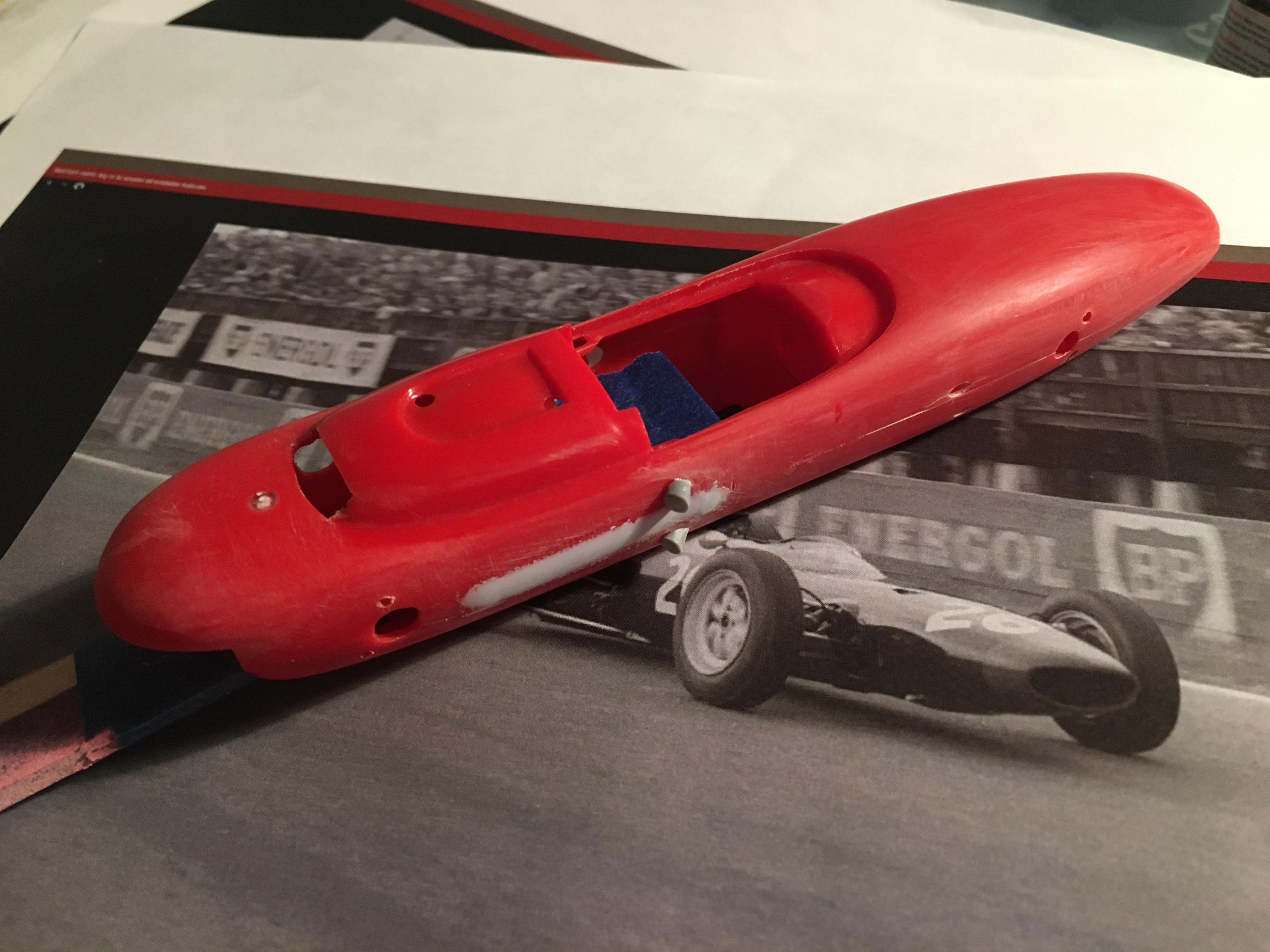 Here's the body put together. I've filled in several holes and drilled some new ones for suspension pickups. I cut some sprue ends and glued them to the body for the rear suspension mount. 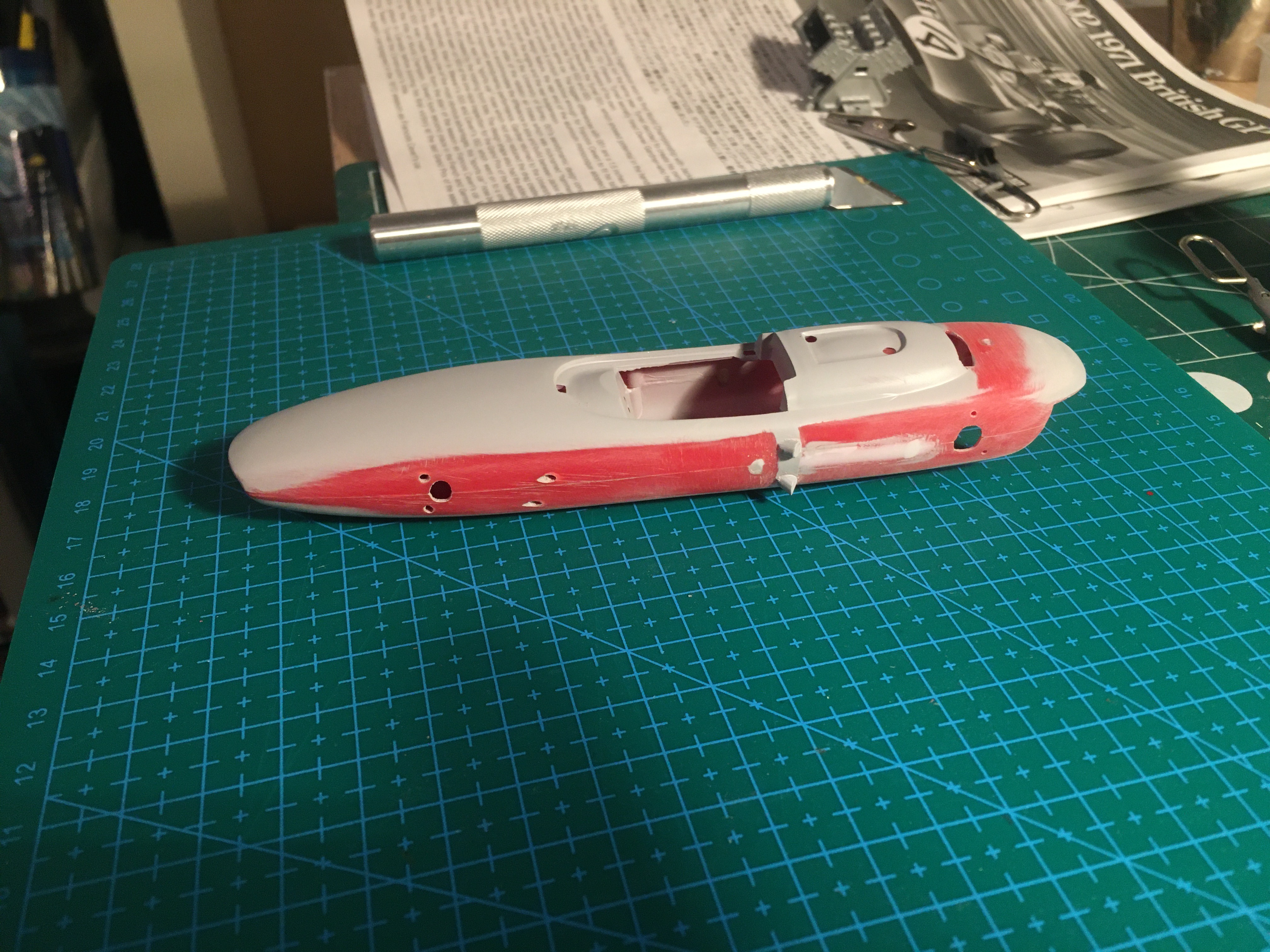 I gave it a coat of primer and discovered I didn't prep the body too well. I did some more sanding and filling. 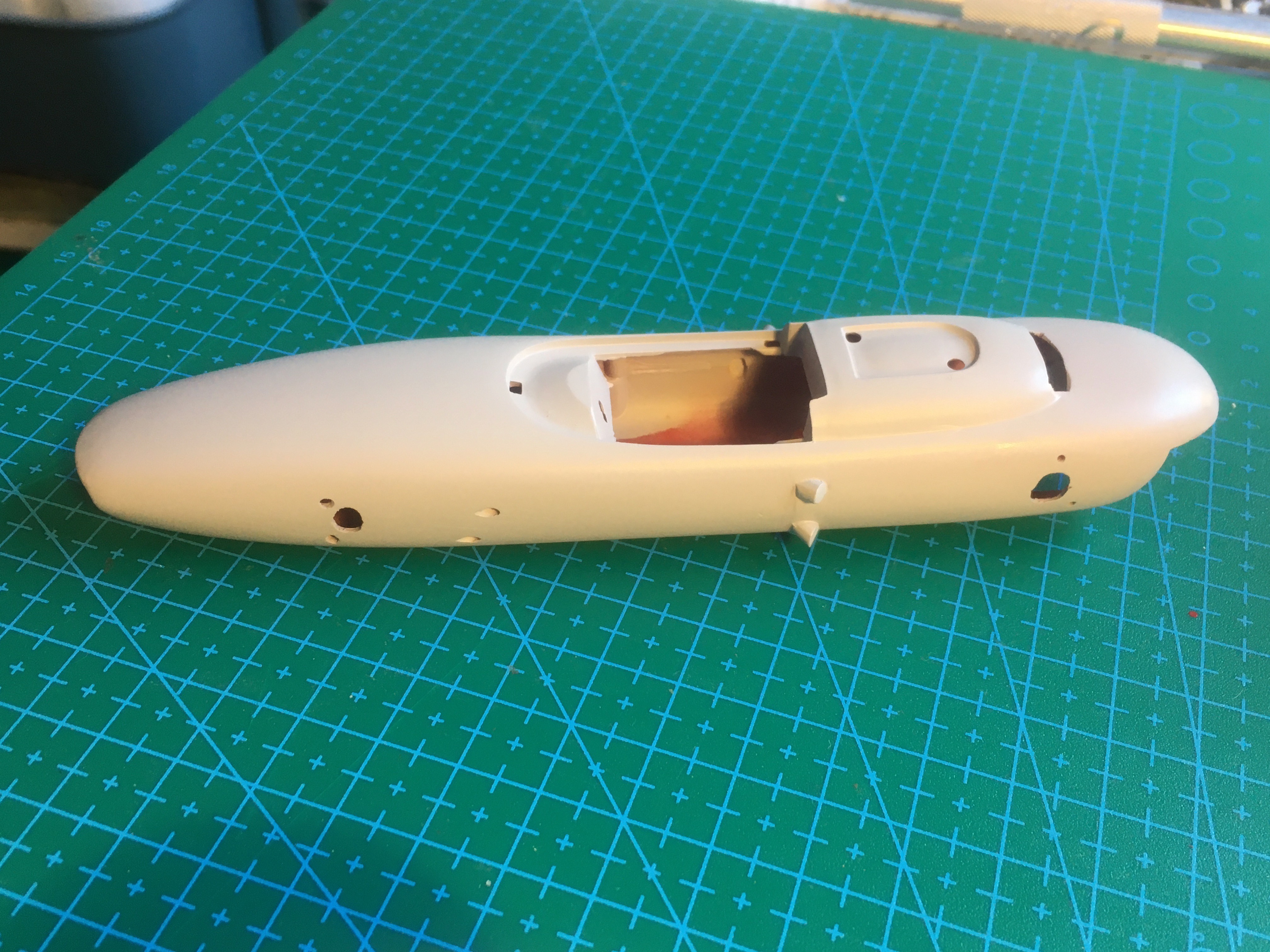 With one more coat of Tamiya primer. 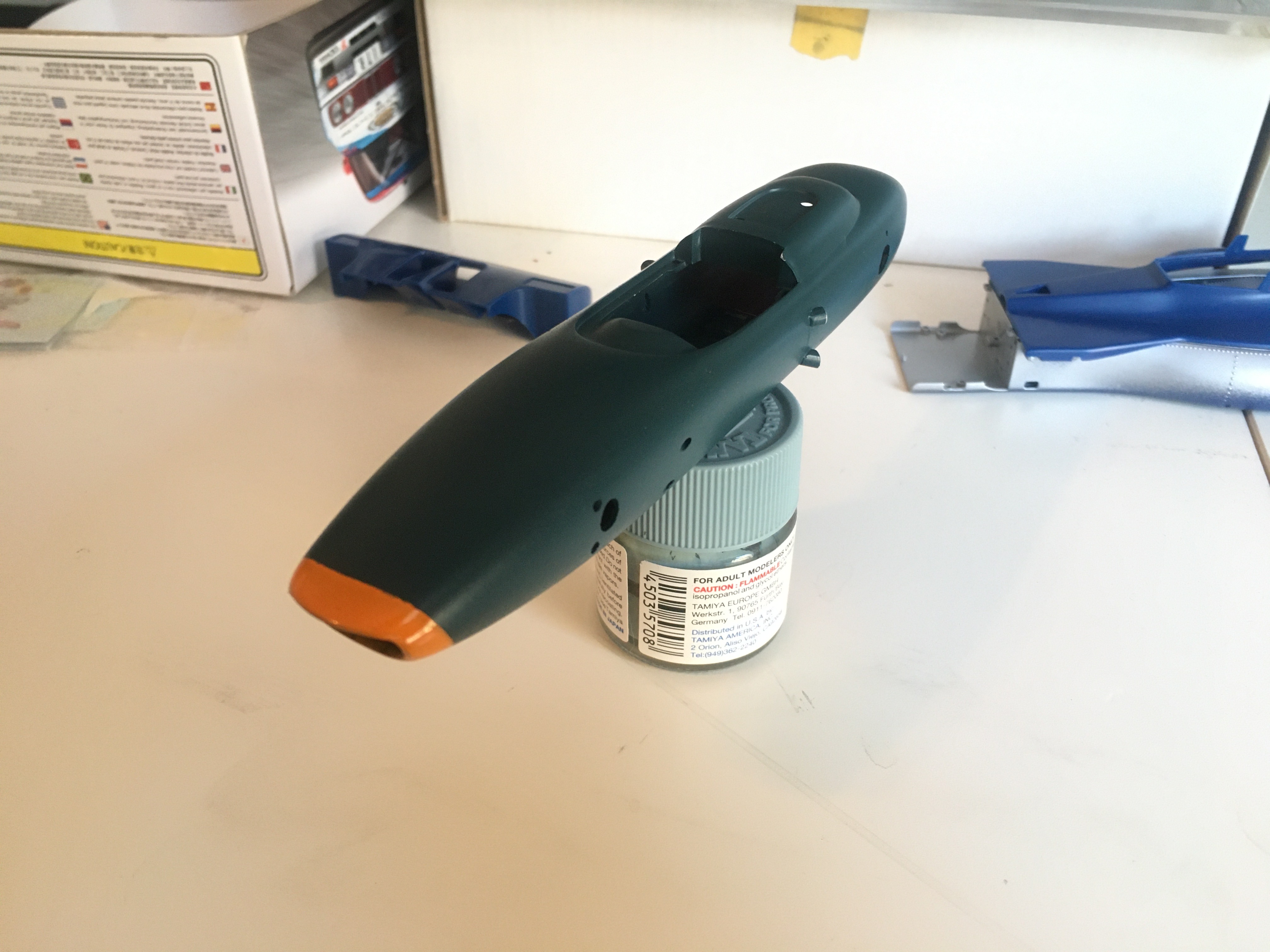 The Lola is a very odd color, so I mixed up a batch with some Tamiya acrylic military greens and blues. I then added a the classic Owen Racing Organization orange nose. A clear coat will go on this weekend. 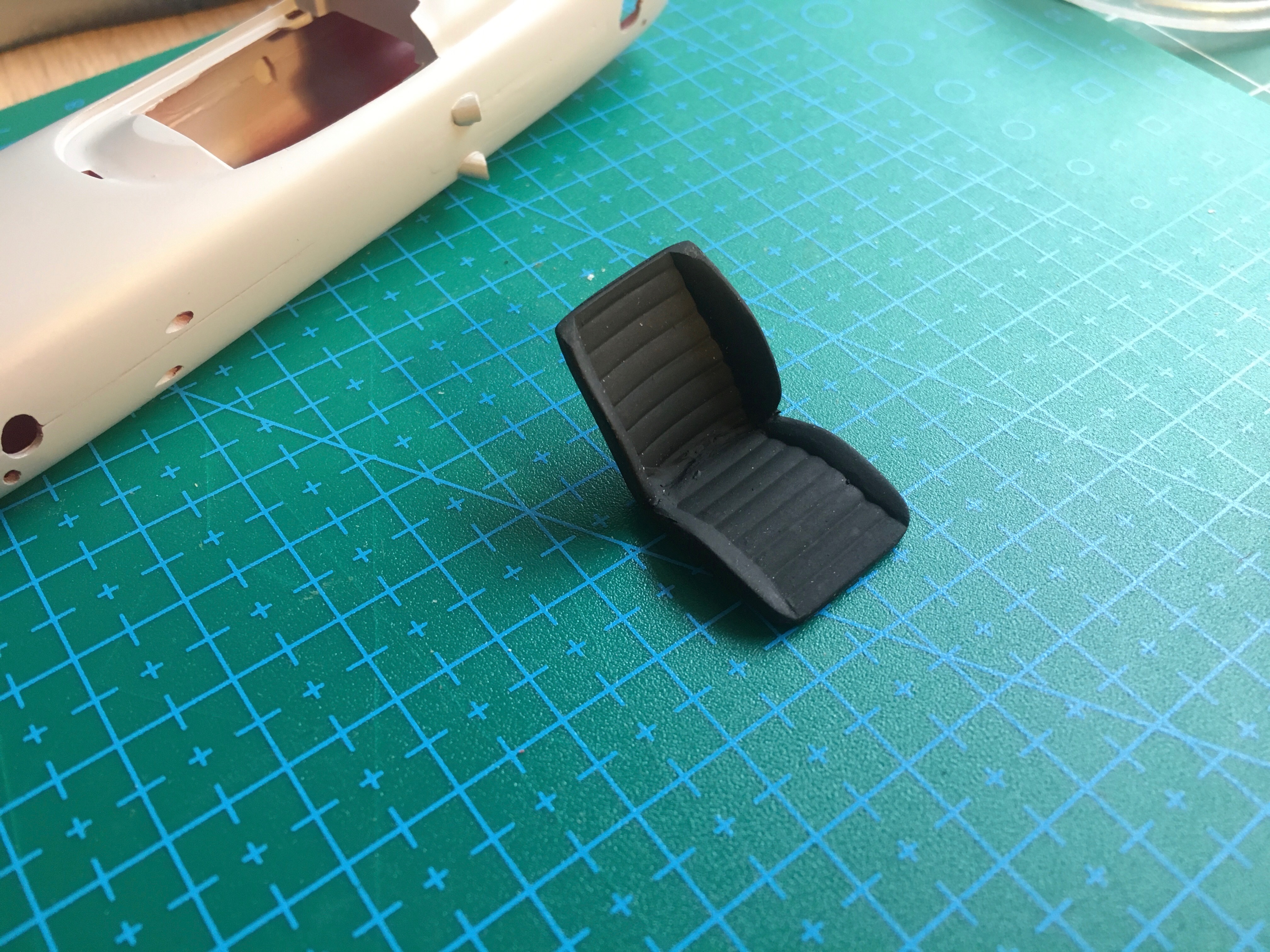 The seat started life as a Fujimi 1/24 Porsche 911 seat. I cut the headrest off, then leaned backrest back quite a bit. 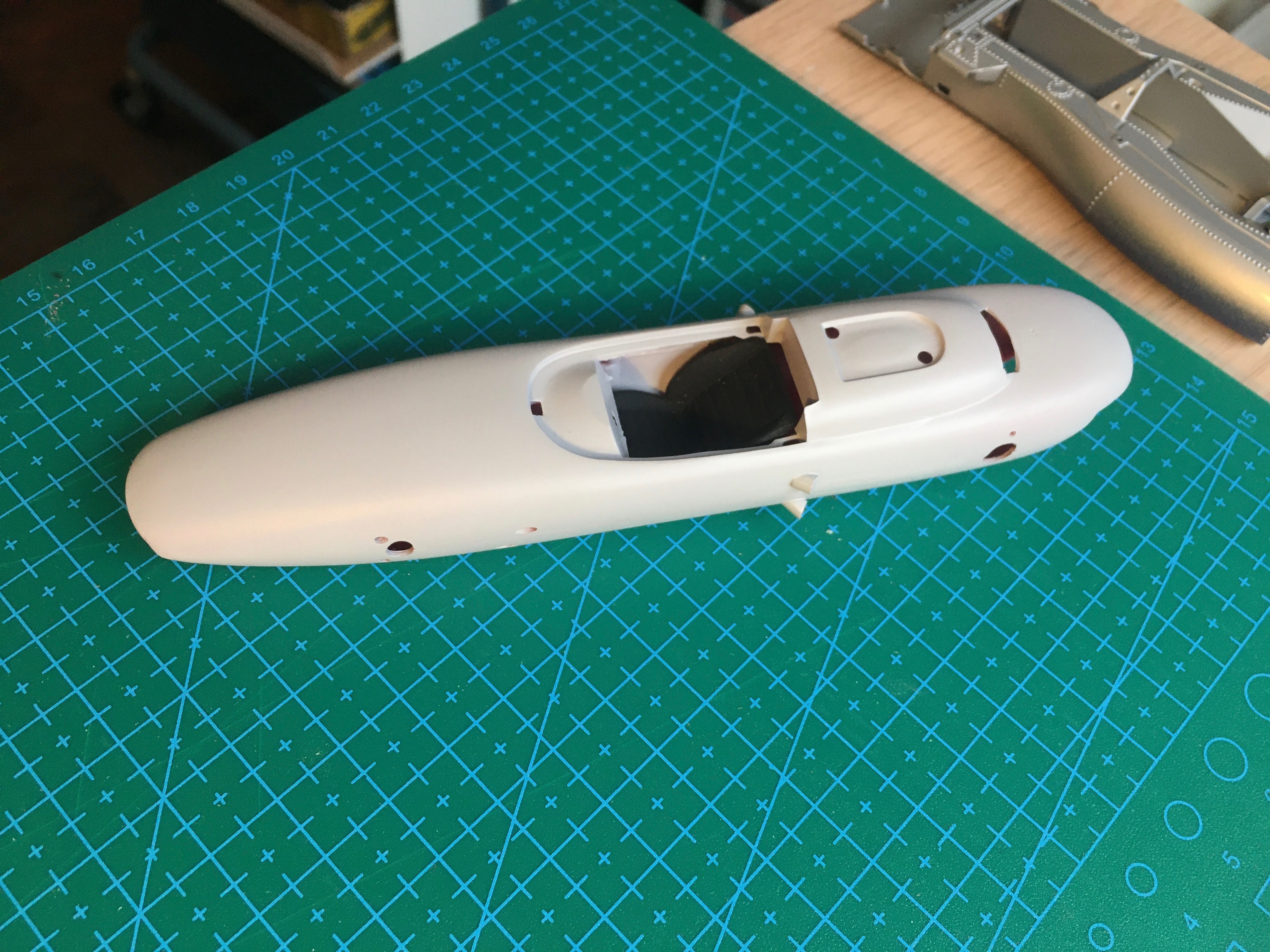 And here's how it'll fit.

Great!!
Please can you show the rest of parts? I have an old "something" that I did not identify and could be this one