Only four leads are coming out of what could be a distributor. The other leads are, potentially, from a different source. I would look to this being an eight cylinder myself.
Top

To be honest though, my first thought was something like a Porsche 908/3 but with the 6 cylinder turbo instead of the typical 8 cylinder, but I'm not too knowledgeable on those cars. My thinking was the 12 "things" indicated either twin spark plug setup or twin fuel injectors or something for a 6 cylinder or a straightforward 12 cylinder. To me the setup looks like the top of a Kugelfischer fuel injection unit (with two rows of 6) and what some thought might be a wheel in the back to me looks rather more like a piece of the frame or more likely part of the exhaust.
Timeframe based on the Kugelfischer would be 60s-80s (not that that narrows it down much). I like the idea of the Honda though, but that wouldn't work with my exhaust guesstimation

I've been thinking along the same way as Roman. The obvious choice would be the 917/10. People have been asking for it around here on multiple occasions.
In the picture you can see the fuel pump in the bottom right corner and the lines coming out of it on top with some bent to the left like in the hiro graphic.
Admittedly it's not exactly the same but they could have looked different in Hiro's reference material.
There's also the black thing with the hex bolt on top right behind that could be the other element seen in Hiro's graphic.
The "wheel" could be the chassis tube or something else. Hiro have been creative in the past, leaving elements out to put us on the wrong track :-) 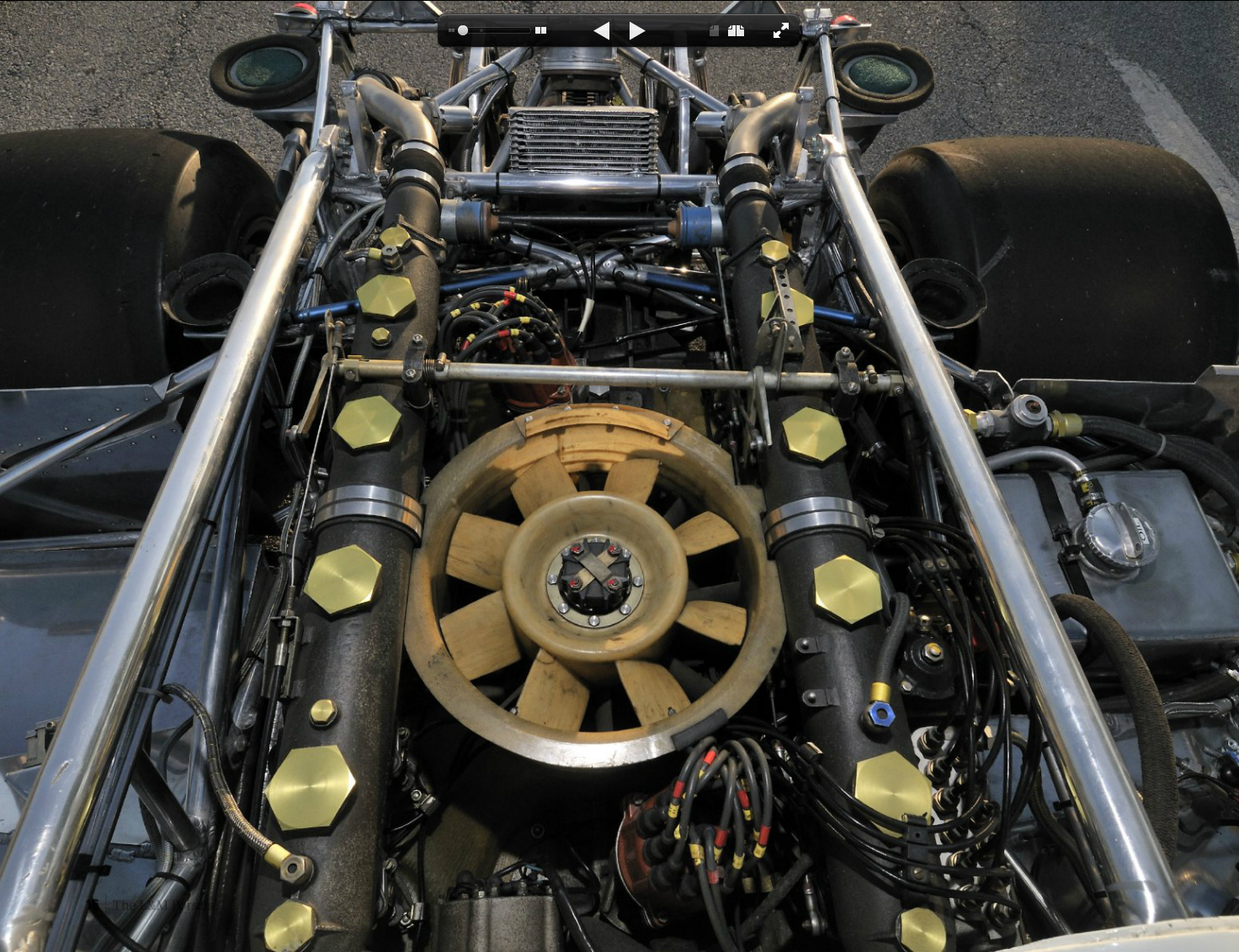 Taking into account the aforementioned green colour in the Hiro graphic it could also be the original 1969 longtail version ( white with green accents ). 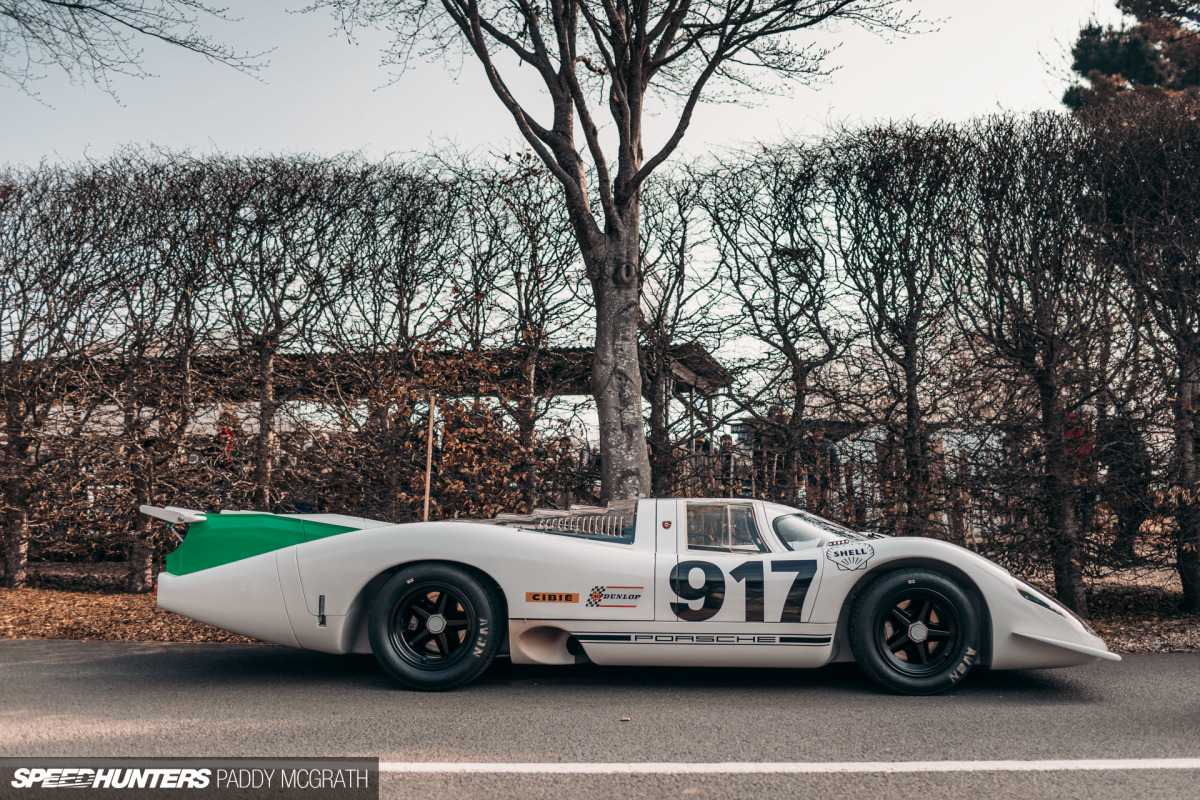 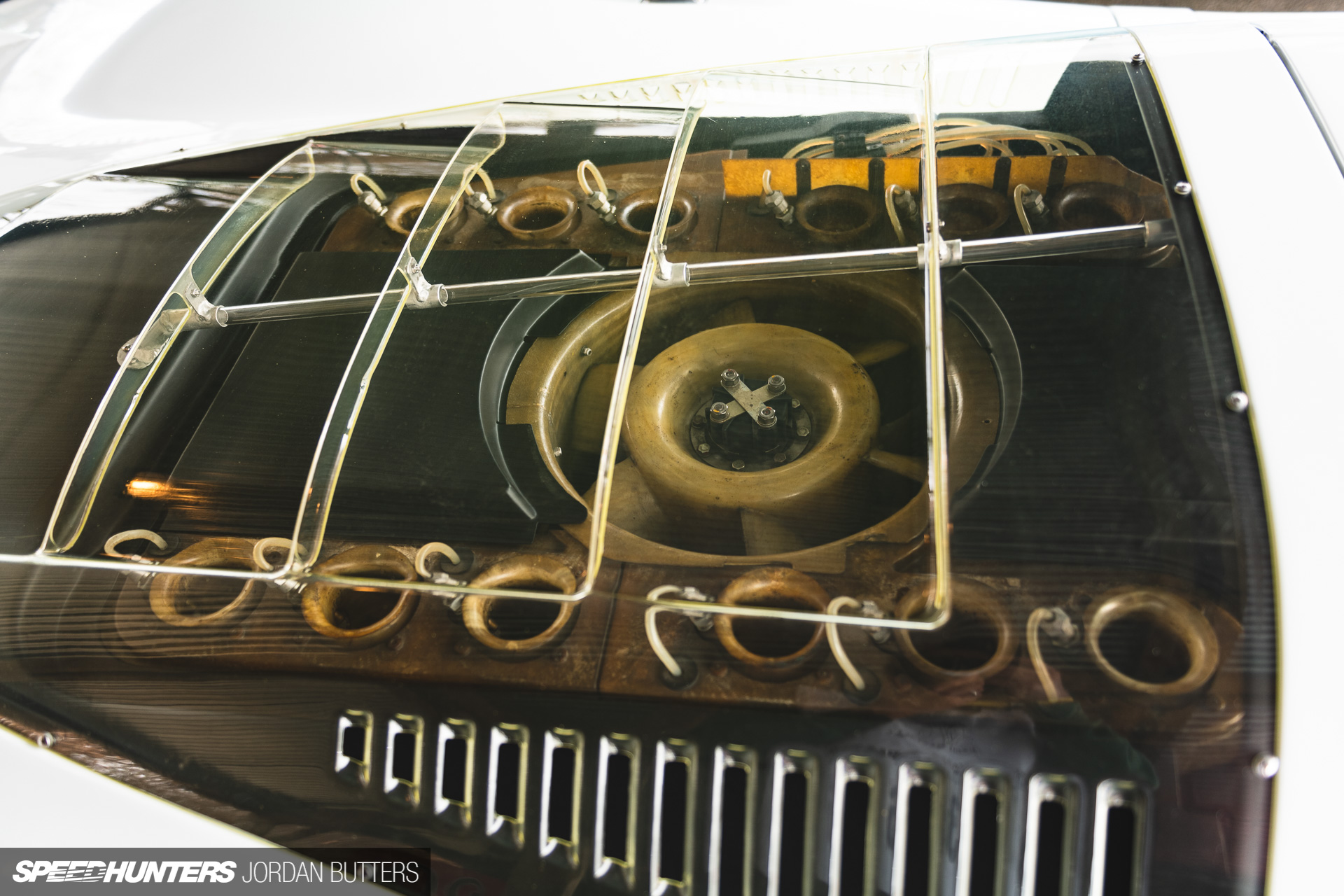 On the other hand... it could also be something completely different :-)
Top

Thx for the first pic Joachim, Porsche is also in my mind when it comes to the aligenment of the fuel lines. Can`t find any other car which such an arangement of fuel lines excapt Porsche, and the picture is very close to the teaser.
Top

jaykay wrote: ↑Sat Apr 24, 2021 9:08 am I've been thinking along the same way as Roman. The obvious choice would be the 917/10. People have been asking for it around here on multiple occasions.
Taking into account the aforementioned green colour in the Hiro graphic it could also be the original 1969 longtail version ( white with green accents ).

On the other hand... it could also be something completely different

I really wish they would go back to 1/20th or1/24th scale. How much space do they think we have for models?
Top

Well, they kind of ran out of projects to do in the smaller scales at some point but are now overtaking that in 1:12 in a way.
Recently they've started releasing the 1:12 kits in smaller scales as well where they hadn't done them before, even if only as "model show specials" that were then available for the international market as well.
So they added some 1:20 and 1:24 and also a number of 1:43rds.
I've come to the point where I mentally stop all my fantasy full detail conversion projects of smaller scale kits because it seems Hiro will do them before I ever manage to.
Top

I have been wondering if Mr Hiro would at some stage want to do a model in tribute to Sir Stirling Moss - and so that got me thinking a little about the green and silver lettering on the most recent teaser picture.

I dont know if anyone else has noticed the similarity of the illustration with the pipes on the top of the Mercedes W196 engine in which Stirling scored his first GP win?

It is probably nothing but perhaps it might be worth exploring a little?

I had pondered into the W196, W125 and even Auto Union prewar cars as well, but discarded those thoughts as they were 8 cyl (Merc) or 16cyl (AU) - so no real match. And that's when I came back to the either Porsche or something else with 12 cylinders. I had been checking the 12 cyl Ferrari F1s but saw that they came with twin 6-lead distributors most of the time, so they were out as well. I like the idea of it being the leads or fuel sys on the Honda Ra272 but I strongly< doubt it is that. And for the 300 I have no refs for the ignition or fuel setup

If we're looking at a 12 cylinder engine, this totally wishful thinking, but that green bares a resemblance to the green trim on both the '72 LM winning Matra 670, and the 1973 winning 670B. I can dream...
Top
Post Reply
54 posts